As we planned for this trip to Holy Cross, one of the jobs we were asked to work on involved reconfiguring the desks in the computer lab. This project, we were told, would involve welding.  Robert brought his welding mask and gloves and brushed up on his welding skills.  Mr. Freddie at Holy Cross thought we were also bringing a welding machine.  Welding machines are too large and too heavy to fit in anyone's second suitcase.  Not having the welding machine on site meant this important project would not even get started; our guys would be idle; and Mr. Freddie and Mr. Aaron, the computer teacher, would be very disappointed. To the rescue came Wayne, one of the new members of the team from Temple Baptist.  Wayne is one of the 2 founders of the Temple Toolers, a volunteer group that does home repairs and construction for folks in need.  He and Robert went straight to the local hardware store and ordered a welding machine that was delivered first thing Tuesday morning. 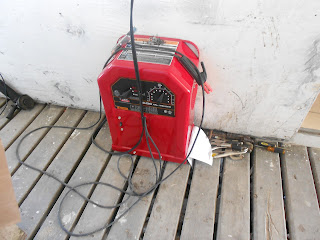 The Temple Toolers bought this machine and have donated to Holy Cross.  With some revision of the original design, work on the computer project is moving along.  This has been a great example of being presented with a need and then going straight for a solution.  Many thanks to the Temple Toolers. 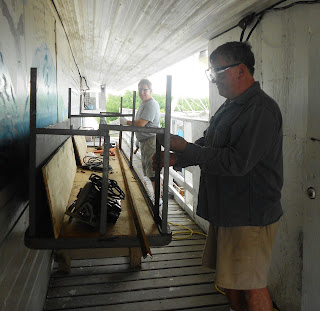 Wayne and Robert prepare the tables. 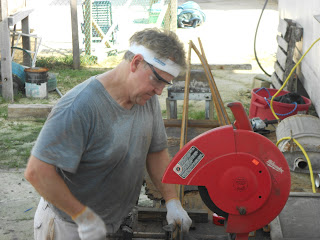 Wayne cuts the wood for the new tables.
Posted by St.Lukes at 7:42 AM

Hurray to the Temple Toolsters!!! What a great gift to Holy Cross THANK YOU!! 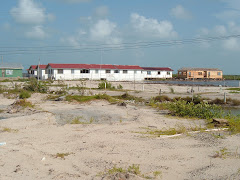